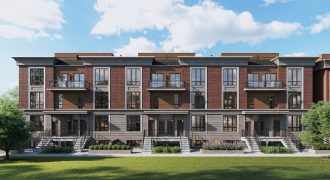 Handsome brick and architectural detail combine to create a solidly contemporary look with a palpable sense of tradition. Streetscapes have been designed to encourage walkability; this is a family neighbourhood with a deep respect for community. Fabulously modern interiors feature open-concept designs with soaring windows and layouts that encourage family living. Location: Located on Hickory 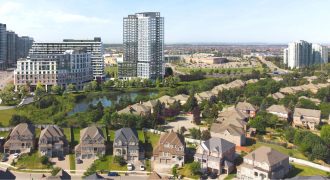 A literal definition, but we know it means way more than just that. It goes beyond a location, and far past the perimeters of a place. In fact it has no boundaries, no limits, and no single, solitary definition – because the essence of community is love. It’s the love of people coming together to 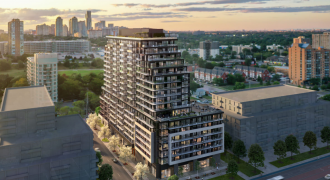 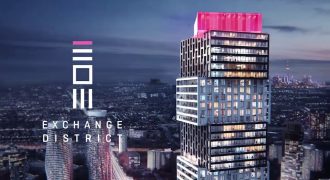 THE EX3 CONDO – EXPERIENCE THE NEW MISSISSAUGA The vision has been realized. A city unto itself, Exchange District is at the centre of it all. Top restaurants. Sought-after brands. Luxury details. Adjacent to Square One Shopping Centre. Expansive outdoor urban piazza and downtown promenade. Night life. Day life. It’s all right here…   AMENITIES 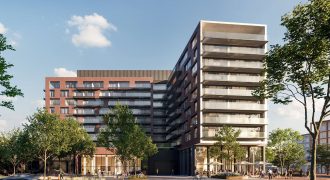 Brightwater The Mason — 9-Storey Boutique Condominium Brightwater Towns, located at Mississauga Rd S & Lakeshore Rd W, is a modern yet tranquil living experience that greets residents with peacefulness. This waterfront view project by Diamond Corp envisions untapped luxury with all modern amenities surrounded by the quiet sea. Indulge yourself into an unmatched living 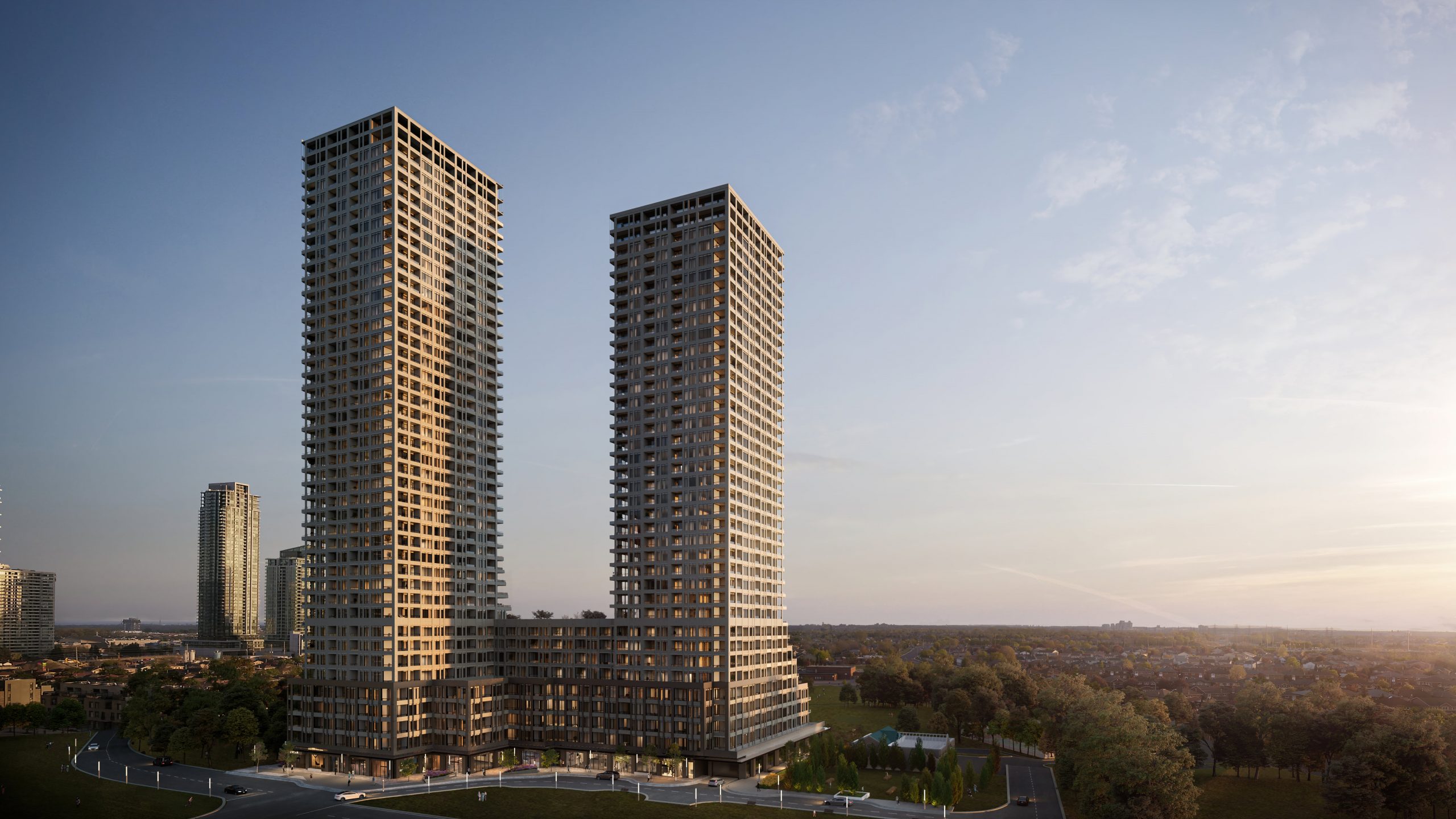 Sprawling across 30 acres and brimming with possibility, Parkside Village is in the heart of Mississauga’s City Centre. Designed for residents to connect with each other and with their surroundings, Parkside Village will inject a new spirit and energy to this location through stunning architecture and inspiring urban planning. With every convenience, you will discover 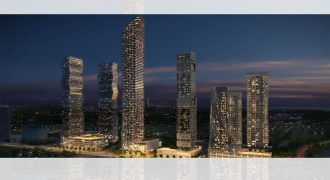 Its claim as the definitive mixed-use community of Mississauga’s future. In 2017, M City’s first building – M1 – introduced as the tallest tower in Mississauga, started an unprecedented sales campaign that garnered attention across the country and beyond. Only a mere month later, M2 was launched as its twin counterpart and immediately enjoyed the 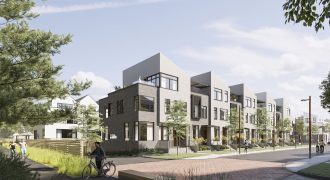 ‘20/Twenty towns’ is a new residential development that brings elegant and luxurious townhomes in Mississauga. This elite collection of modern pre-construction townhomes will feature towns with one-floor level, 2 floors, and 3 floors. Located by the intersection of Camilla Rd and North Service Rd, 20/Twenty towns at 2020 Camilla Rdarebeing developed by the Consulate Development 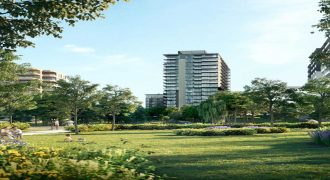 A symbol of style, design, and grace – that’s what best defines the Artform condos in Mississauga. This 17-story condo building will feature a mixed-use development with 3,400 square feet of commercial space and 336 residential units. Artform Condos is a new condominium development by Emblem Developments and is located at 86 Dundas St E 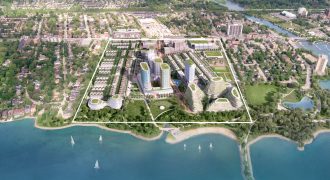 Brightwater Condos aims to create a community filled with elegant condominiums, townhomes, and amenities that exemplify urban living. The project is spread across 72-acre of land and will include 8 mid-rise residential towers standing at 26 storeys. Moreover, investors and home buyers would get 300,000-square-feet of retail and office space. This new massive pre-construction condo

Mississauga, the 6th largest city in Canada, is grabbing everyone's attention through its finance capital, multicultural destination and arts hub. There are over hundreds of newly built condos on sale by eminent condo builders, and the number is rising rapidly.

Often known as "Gateway to Canada," the city brings an urban lifestyle with luxurious under construction condos, nearby amenities, and major transit services. Residents can get around the GTA with commuting options like GO Transit with numerous stops and MiWay buses.

A place you desire to settle down!

Mississauga has a population of almost a million people and was founded back in 1805 as a suburb of Toronto. However, it didn't get its official name until 1968. Being the 6th largest city in Canada, it acts as an employment hub. According to CREA, the city has witnessed a rise in full-time and part-time jobs despite the global pandemic.

Be it trends or values, the city also uplifts the green space for the betterment of society. Some of the famous parks are The Queen Elizabeth Jubilee Garden, Celebration Square, Kariya Park and others. Alongside this, Mississauga has everything you could ask of! City Centre, Meadowvale, Port Credit, Square One, etc. are some of the popular neighbourhoods in Mississauga in Toronto, Ontario.

Neighbourhoods of Mississauga offer energetic, fulfilling and urban living in GTA, Ontario. Be it basic amenities or rich culture, Mississauga offers a living every homebuyer craves for! Homebuyers have got nothing but several reasons to buy new condos in Mississauga.

Are you planning to settle down in a community where you'll find everything just around the corner? The market of Mississauga brings the right type of living community you are looking for!

Average Price for Condos in Mississauga

The market brings a plethora of under construction condos in the city. As per the latest Housing Market Report, the average price of condos stands at $922,315 in September 2020 as compared to $843,115 in September 2019.

Mississauga's real estate market has marked a new record of sales amid pandemic. As per TRREB, the sales of pre-construction condos stands at 1,878 units in the first quarter of 2020.