Brampton is a vibrant, cosmopolitan city situated in Southern Ontario. Once known as the ‘Flower city of Canada, Brampton combines big city conveniences with traditional quality of life. The city boasts urban growth in the real estate market. Life in Brampton is anything but ordinary.

The city is the 9th largest and second fastest growing city in Ontario, Canada.  Because of its proximity to the Lester B. Pearson International Airport, Brampton has a massive number of immigrants. Moreover, the Public transit in the city is directly accessible with stations like Bramalea GO, Brampton GO Station, Sandalwood Facility, and other operating subway stations.

An ideal place to enjoy the cultural history of Canada!

The third-largest city in the Greater Toronto Area (GTA), Brampton has a diverse population of over half a million. The city majorly deals in a business cluster of manufacturing, retail, logistics, food and beverage, and communication technologies. However, the manufacturing industry remains the largest sector for growth in the economy.

The city offers more than 6,000 acres of parkland covering numerous outdoor activities. One of Brampton’s best-kept secrets is its picturesque lakes and rivers. To name a few are Loafer’s Lake, Professor’s Lake, Norton, Place Park, Eldorado Park. Some other attractions in the city include Brampton’s Public Library, The Peel Art Gallery, and the Heritage Complex.

Brampton is a thriving yet traditional city in the GTA. Are you thinking of relocating and buying new condos? Brampton can be the right place for you! With over 170 different cultures, the city offers life experiences and an urban lifestyle. Prominent condo builders have built magnificent condos in the city with ample facilities.

Average Price for Condos in Brampton

Brampton is currently a bonafide sellers' market, with competition slightly tighter for buyers this year. As per the data from TREB, 11,081 existing homes were sold in July 2020, accounting for 29.5% more sales than July 2019.

Want to buy new condos in Brampton, GTA? Whether you are looking for newly built or under construction condos on sale, Conquer Condo is your condo guide with the most comprehensive condo inventory. Contact Conquer Condo to get the best condo deals in the city. 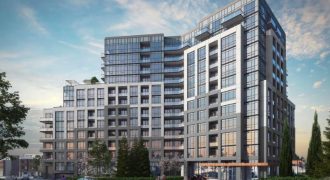 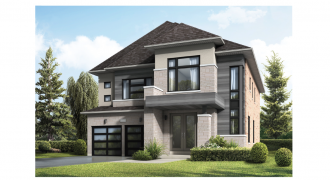 THE BRIGHT SIDE SINGLE HOMES | BRAMPTON

Remington Homes is coming with single homes in Brampton with more than 200 lots. It is just a few steps from Sesquicentennial Park in Brampton, at Bramalea & Countryside. The pre-construction property has the dynamic mix features of townhomes and detached singles. FEATURES Optional Finished Basements Optional Lofts Double Car Garages 9.5′ Main, 9′ Second